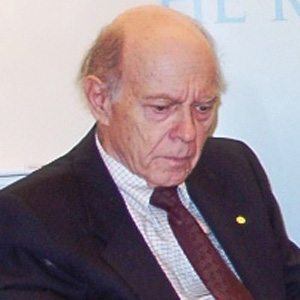 American biologist who received the 2004 Nobel Prize in Chemistry for the discovery of ubiquitin-mediated protein degradation. He was a professor at Yale School of Medicine's department of biochemistry from 1954 to 1963.

He served in the Navy during World War II.

He had four children with his wife Zelda Budenstein.

He won the Nobel Prize four years before Martin Chalfie.

Irwin Rose Is A Member Of