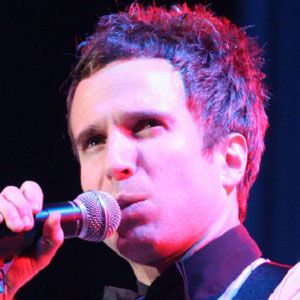 Lead vocalist and guitarist for the English pop rock band The Hoosiers who have released albums titled The Trick to Life, The Illusion of Safety, Bumpy Ride and The News from Nowhere.

He and fellow Hoosier, drummer Raymond Sharland, spent time in Indiana to broaden their horizons. They got the name The Hoosiers from the state of Indiana, as people who live there are referred to as such.

The group's single "Goodbye Mr A" is featured in the video game FIFA 08.

He is from Reading, England, UK.

The Hoosiers' song "Goodbye Mr A" also appears in the trailer for the 2007 Jason Reitman-directed film Juno.

Irwin Sparkes Is A Member Of