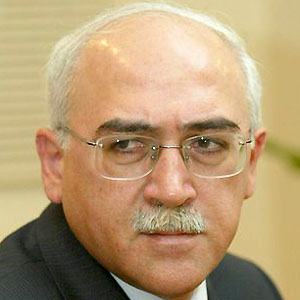 Member of the Musavat political party who was briefly the acting President of Azerbaijan in 1992. He played a major part in organizing protests by opposition groups during the spring 2011 demonstrations that occurred throughout the Middle East.

He earned a degree in History from Baku State University in 1979.

He was the Speaker of the National Assembly of Azerbaijan from 1992 to 1993.

He has been in a longtime marriage to Aida Bagirova.

He was succeeded by Abulfaz Elchibey as the President of Azerbaijan in 1992.

Isa Gambar Is A Member Of