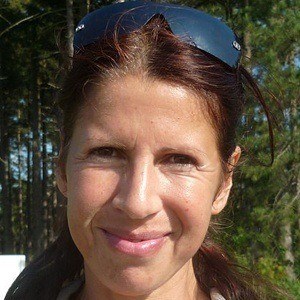 Dutch screen and voice actress most well known for her role as Myriam van der Pol in the soap opera Goede Tijden, Slechte Tijden. She has also starred in Rozengeur & Wodka Lime and Celblok H.

She graduated from the Toneelacademie Maastricht before making her screen debut in the 1990 film De nacht van de wilde ezels.

She has lent her voice to the Dutch versions of numerous American animated films including Pocahontas, The Incredibles, and A Bug's Life.

She was married to Goede Tijden, Slechte Tijden costar Antonie Kamerling from 1997 until his death in 2010. They had two children, Merlijn and Vlinder.

She did the Dutch dub for Jackie Framm, played by Cynthia Stevenson, in Air Bud: Golden Receiver.

Isa Hoes Is A Member Of