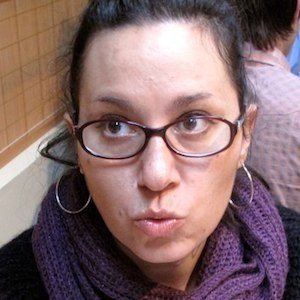 Chef, author and animal rights activist best known as the host of the public access vegan cooking show Post Punk Kitchen. She is the author of several popular cookbooks, including Vegan with a Vengeance (2005), Appetite for Reduction (2010) and Isa Does It (2013).

She grew up in Brooklyn, New York and majored in fine art at The High School of Music & Art. She became entrenched in New York's punk rock scene during this time.

She founded the ethical cooking organization Apron Activists in 2008.

She married a carpenter.

She and Chloe Coscarelli are both popular vegan chefs.

Isa Chandra Moskowitz Is A Member Of