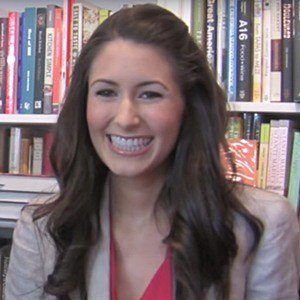 American chef who rose to fame as the first vegan chef to win a televised cooking competition. She is also recognized for having been named to Forbes' 30 Under 30 list in 2017.

In 2015 she partnered with ESquared Hospitality to open a fast casual vegan restaurant called By Chloe.

She is the daughter of screenwriter Don Coscarelli.

She competed on Cupcake Wars which was hosted by Justin Willman.

Chloe Coscarelli Is A Member Of