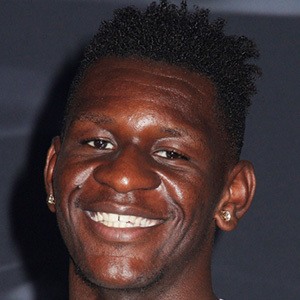 Point guard who has gained fame for his career in the NBA, including for the Washington Wizards beginning in 2019. He was previously taken by the LA Lakers in the second round of the 2018 NBA Draft after being traded by the Philadelphia 76ers.

He made his pro basketball debut in the German Bundesliga for Skyliners Frankfurt at age 16.

He led the German U-19 squad to a fifth place finish at the 2017 FIBA Under-19 Basketball World Cup. He made his German national senior team debut in February 2018 at age 18, which made him the youngest player in over 40 years to play for the German side.

He has one older brother and one younger brother.

He played with LeBron James during his stint with the LA Lakers in 2018.

Isaac Bonga Is A Member Of