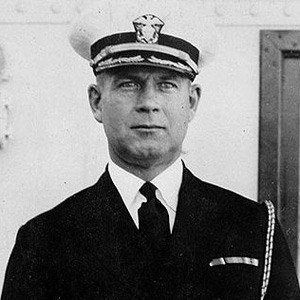 U.S. Navy admiral who received a posthumous Medal of Honor for his actions during the Attack on Pearl Harbor.

He graduated from the U.S. Naval Academy in 1906 and joined the crew of the USS New Jersey for a cruise around the world.

He was on the bridge of the USS Arizona when a bomb hit the ship's ammunition storage area. Kidd's body was never recovered, and he was officially considered missing in action.

Cassin Young, a Navy commander at the time of the Pearl Harbor attack, also received the Medal of Honor for his courage during battle.

Isaac C. Kidd Is A Member Of