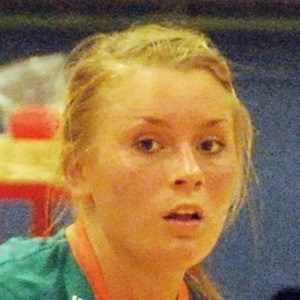 Swedish national handball player who represented her home nation at the 2008, 2012, and 2016 Summer Olympics. She has also played for the handball club CSM București.

She began her youth handball career with the team IK Sävehof where she would eventually make her pro debut in 2007. That same year, she joined the Swedish national team.

In 2014, she was named Most Valuable Player at the European Championships.

Born to Ulrika and Peter Gulldén, she has two siblings, Pontus and Rebecca. She has dated Linus Persson.

Both she and Kim Andersson are successful handball players from Sweden.

Isabelle Gullden Is A Member Of