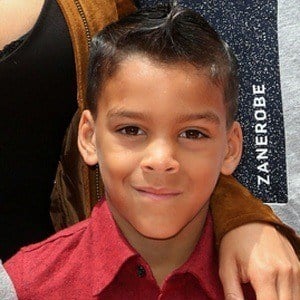 Rose to fame as one of two sons born to basketball star Matt Barnes and reality star Gloria Govan. He and his brother have over 30,000 followers on their joint Instagram account.

His parents began posting photos of him and his brother to their popular Instagram account, thebarnesboys, in November 2014.

He and his brother, Carter, were born in 2008, five years before their parents married in 2013. Their parents divorced in 2016.

His aunt, Laura Govan, appeared with his mother on Basketball Wives: LA.

Isaiah Barnes Is A Member Of