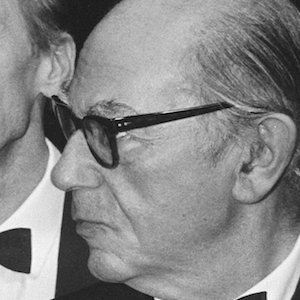 Philosopher who became popular for his work on liberal theory and value pluralism.

His most popular essay was Two Concepts of Liberty from 1958.

He married Aline Halban in 1956 at Hampstead Synagogue.

His argument on value pluralism was influenced by the theory of language by Ludwig Wittgenstein.

Isaiah Berlin Is A Member Of