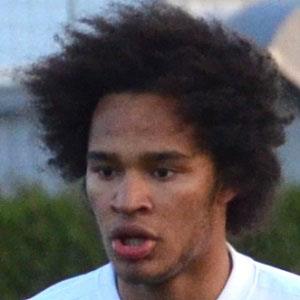 English forward and winger who won the West Brom Academy Player of the Year award for the 2012-13 season and signed with Chelsea later that year. In 2014, he won the UEFA European Under-17 Championship title representing England.

He began playing in the West Bromwich Albion youth system in 2010.

In his debut for West Bromwich Albion, he became the second-youngest player in Premiere League history at 16 years and 117 days old.

He was born in Peterborough, England.

He has been teammates with John Terry in Chelsea.

Isaiah Brown Is A Member Of