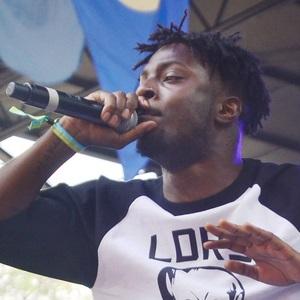 Tennessee-born rapper best known for his acclaimed 2014 EP Cilvia Demo. His second studio album, The Sun's Tirade, was released in 2016.

When he was in his sophomore year of high school, he began recording his original rap tracks. He briefly attended Middle Tennessee State University while continuing to record at various studios.

His debut EP peaked at number forty on the United States' Billboard 200 chart.

Born Isaiah Rashad McClain, he grew up in Chattanooga, Tennessee, as the son of a hairdresser mother and a largely absent father. His first child, a son, was born in 2013. His second child was born in 2015.

In 2012, he went on tour with fellow rapper Joey Badass. In 2015 he toured with such hip-hop artists as Smoke DZA and Juicy J.

Isaiah Rashad Is A Member Of