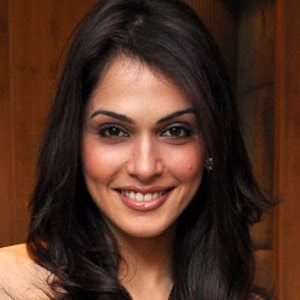 Actress and model who is known for her work across the Indian film industry. She made her Bollywood acting debut in 2000 in the film Fiza.

She graduated with a degree in life sciences from Ramnarain Ruia College in Mumbai, India. While a student there, she began her modeling career.

She made her film debut with a lead role in 1998 in Chandralekha. In 2003, she won the Most Exciting New Face Stardust Award for her work in the film Company.

She was born and raised in Mumbai, India, alongside her younger brother. In July 2014, she gave birth to her daughter Rianna.

She starred alongside Ramya Krishnan in her debut film, Chandralekha.

Isha Koppikar Is A Member Of