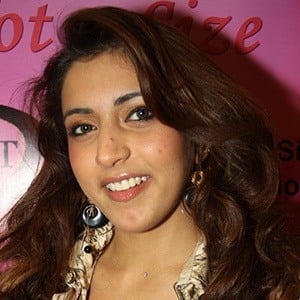 Beauty queen and businesswoman who was crowned Miss India in 2017 and Business Woman of the World at Miss World Tourism in 2018.  In 2016 she was awarded one of the 100 Women Achievers of India awards by the president of India, Pranab Mukherhee. She is the executive director of Bharti Taneja's Beauty Group.

She was the executive director of Alps Beauty Clinic before entering the pageant world.

In 2014 she received a Guinness world record by doing 60 airbrush full makeup looks on 60 different models in 60 minutes.

On August 19, 2018, she posted a photo of her and her parents to Instagram. The caption read "Family time is the best time!"

She played the lead role in Vikram Bhatt's webseries Hadh.

Ishika Taneja Is A Member Of