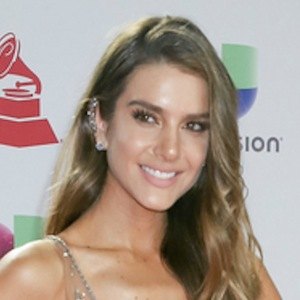 Argentine model beauty queen who was named Miss Argentina 2014. She represented her country at that year's Miss Universe and placed in the top 10.

She started modeling when she was 16 and later spent time working as a fitness trainer. She won Miss Cordoba 2014 in order to qualify for Miss Argentina.

She's been represented by Wilhelmina and has walked at Funkshion Fashion Week and Mercedes Benz Fashion Week. In 2017, he starred in the music video for the J Balvin song "Te Sigo Extrañando."

She has been in an on-and-off relationship with J Balvin since 2018.

Valentina Ferrer Is A Member Of