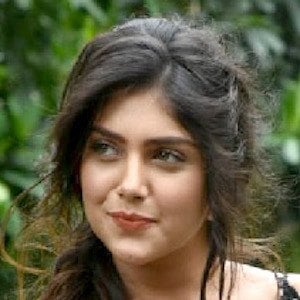 Indian film actress and model who is known for her appearances in both Bollywood and Malayalam films. She is best recognized for having starred as Nandini Chauhan in the 2018 film Genius and for her role as Asha Srinivas in the 2014 film Asha Black.

She made her acting debut as a child in the Hindi film Aap Kaa Surroor in 2007. She then went on to make her Malayalam Tamil film debut in 2014 in Asha Black.

She is also known for her commercial work and appeared in advertisements for Fortune Cooking Oil, Vaseline, and Colgate. She was also an ambassador for the brand Peppermint.

She was born and raised in Mumbai and shared a photo with her younger sisters to Instagram in April of 2018.

She starred alongside Mithun Chakraborty and Nawazuddin Siddiqui in the 2018 Hindi film Genius.

Ishita Chauhan Is A Member Of