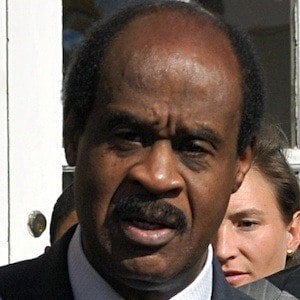 He served as infantry captain in the United States Army during the Vietnam War in 1968.

He was a student leader during the civil Rights Movement and met Martin Luther King Jr. twice.

He married twice and has a child.

He worked as a White House Fellow during the time Jimmy Carter was U.S. President.

Isiah Leggett Is A Member Of