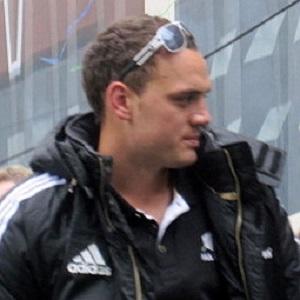 Rugby player from New Zealand who joined the Crusaders in 2011.

He represented Hawke's Bay at the Under-16 and Under-19 levels in high school.

He was one of the top try scorers of the 2011 Rugby World Cup.

He was born in New Zealand and grew up playing for his hometown club, the Napier Pirates.

He and fellow New Zealander Corey Flynn both played for the Crusaders.

Israel Dagg Is A Member Of