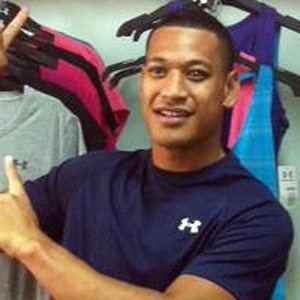 Centre and Wing who joined the NSW Waratahs in 2013. He has also played in rugby union and the AFL. In 2015, he began playing for NTT Docomo Red Hurricanes.

He played junior rugby with the Goodna Eagles, and was discovered by a Melbourne Storm scout at the Australian championships.

He signed an endorsement deal with Adidas, making him the brand's representative, and also signed on as the face of Powerade in a series of TV commercials.

He has three siblings: John, Mary, and Eni. He is of Tongan descent. He married netball player Maria Tutaia.

Israel Folau Is A Member Of