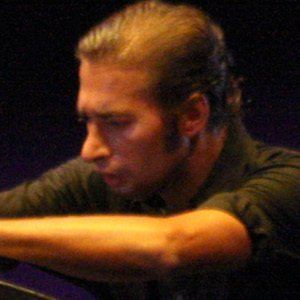 Award-winning Spanish flamenco dancer and choreographer known for his impressive dancing steps and complex footwork. He has been called revolutionary, avant-garde and a genius for his craft.

By the time he turned 5, he began dancing with his father in the flamenco club La Trocha in Seville. In 1994, he joined the prestigious Dance Company of Andalusia, which was directed by flamenco influencer Mario Maya.

He created his own dance company in 1998. His first work was Mira Los Zapatos Rojos. He has won several top flamenco awards, including the Flamenco Hoy Critics' award for Best Dancer of the Year in 2001 and 2005, and Spain's National dance prize Premio Ciutat de Barcelona in 2008.

He was born and raised in Seville to parents José Galvan and Eugenia de los Reyes, who were also flamenco dancers.

He performed a flamenco adaptation of Franz Kafka's Metamorphosis.

Israel Galván Is A Member Of