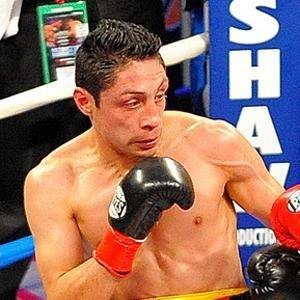 He turned professional in 1995 and won each of his first 9 fights.

He beat Rafael Marquez by knocking him out in the sixth round of what ended up being called The Ring magazine's Fight of the Year in 2007.

He and Irish fighter Bernard Dunne have both been champions in the Super Bantamweight division.

Israel Vázquez Is A Member Of