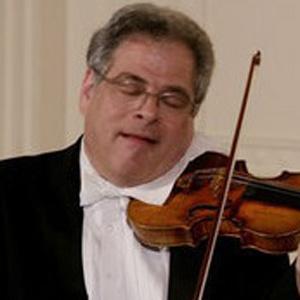 He tried to enter the Shulamit Conservatory at age three but was not big enough to hold the violin.

After he was denied admission to music school as a child, he taught himself using a toy fiddle until he could receive real lessons.

He married Toby Friedlander on December 31, 1966 and had five children with her.

He has performed with Isaac Stern.

Itzhak Perlman Is A Member Of