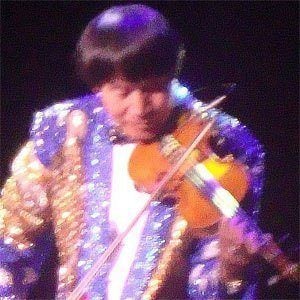 Japanese-born fiddle player and singer known for his work in the country music genre. In 1990, he opened his own performance venue, The Shoji Tabuchi Theatre, in Branson, Missouri.

As a child growing up in Japan, he studied classical violin but most loved American country music. During his college years, he started a band, The Bluegrass Ramblers, that went on to win a Japanese national music contest.

He established a music scholarship to honor his son, Thomas Jason Lingo-Tabuchi, who passed away at age nineteen.

He was born and raised in Ishikawa, Japan. He later moved to the United States and settled in Missouri with his first wife, Mary Jo. He wed second wife Dorothy Lingo in 1980.

As a young man, he attended and was greatly inspired by an Osaka, Japan concert given by Grand Ole Opry star Roy Acuff.

Shoji Tabuchi Is A Member Of