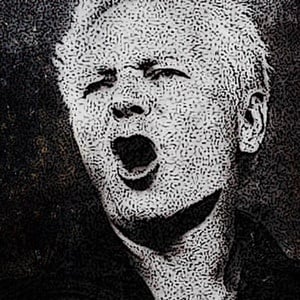 Known best as the lead singer of the new wave and synthopop band Icehouse, this Australian vocalist, multi-instrumentalist, and composer also performed with such notable musicians as Elvis Costello, David Bowie, and Brian Eno.

During his teenage years, he was a member of a group called the Lucy Fields Jug Band and was also an oboist with the Sydney Youth Orchestra. He later studied composition and oboe at the New South Wales Conservatorium of Music.

In the 1980s, he wrote and performed the score for a Sydney Dance Company and Sydney Opera House production of the ballet Boxes.

Before divorcing in 2010 after twenty years of marriage, he and his wife Tonia Kelly welcomed children named Brynn (born in 1993) and Evan (born in 1996).

He, Christopher Gordon, and Richard Tognetti composed the score of director Peter Weir's 2013 film Master and Commander, winning a 2004 APRA/AGSC Screen Music Award for their work.

Iva Davies Is A Member Of