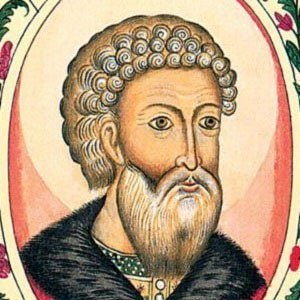 From 1462 until his death in 1505, the ruler known as Ivan the Great guided his native Russia to military dominance and economic stability.

In the early years of his reign, Ivan III went to battle with the Republic of Novgorod (a vast Russian state that existed during Medieval times).

He oversaw the thorough renovation of the Moscow Kremlin.

His marriages to Maria of Tver and Sophia Paleologue produced a total of nine children, including Ivan the Young; Vasili III of Russia; and Helena of Moscow.

He was the grandfather of the infamous ruler Ivan the Terrible.

Ivan III Is A Member Of