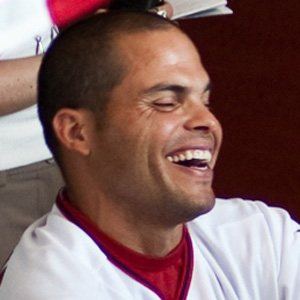 14-time MLB All-Star catcher who was known as "Pudge." He spent his first 12 seasons with the Texas Rangers, then helped lead the Florida Marlins to a World Series Championship in 2003. He was elected into the Baseball Hall of Fame in 2017.

He had a job passing out flyers in malls as a teen.

He has one son, Ivan, and two daughters, Ivanna and Amanda. He was married to Maribel Rivera from 1991 to 2006.

He was teammates with Derek Jeter on the New York Yankees in 2008.

Iván Rodríguez Is A Member Of