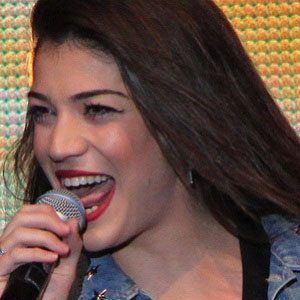 Greek Cypriot singer who became known in her country after participating in the Greek version of The X Factor in 2009.

She started winning singing competitions when she was as young as nine years old.

Her debut EP, Kalokairi Stin Kardia went certified gold after it was released in 2010.

Her father is Greek and her mother is Bulgarian. In 2013, she began a relationship with fellow singer Michalis Kouinelis.

She has cited Beyonce Knowles as her biggest influence.

Ivi Adamou Is A Member Of