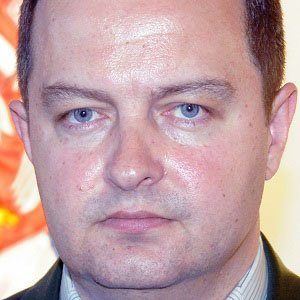 Socialist politician who became the 10th Prime Minister of Serbia in 2012.

He grew up in humble surroundings and his parents picked mushrooms and dog rose in order to send him and his sister to school.

He became the Minister of Internal Affairs for Serbia in 2008, the same year he became the Vice Prime Minister.

He has two children, Luke and Andrea, with his wife Sanja.

He is a european prime minister like Dmitry Medvedev.

Ivica Dacic Is A Member Of