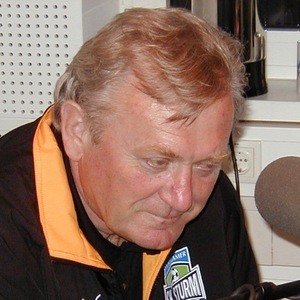 Former soccer player who is widely considered one of the greatest Bosnian players in history. He led the Yugoslavian national team at multiple Olympic Games and later became the team's manager.

He played in FK Željezničar Sarajevo's youth system following the end of World War II. He later studied mathematics at the University of Sarajevo.

His managerial career ended after he suffered a stroke in 2007. He went on to join the Football Federation of Bosnia and Herzegovina.

He married a woman named Asima and has children named Amar and Irma Osim.

Like Faruk Hadzibegic, he is a former soccer manager who represented Yugoslavia at the international level.

Ivica Osim Is A Member Of