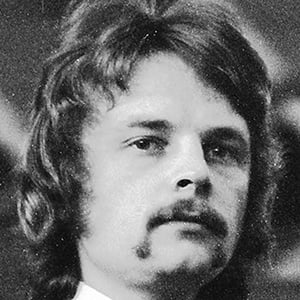 Estonian representative for the 1996 Eurovision Song Contest who finished in 5th place that year with the song "Kaelakee Hääl." He performed it as a duet with Maarja-Liis Ilus. He also came in 5th place at Eesti Laul 2017 with the song "Suur loterii."

He began his music career as a solo artist, debuting in 1993 with an album called Ivo Linna '93.

He was the recipient of a IV Class Order of the White Star as given by the President of Estonia in 2000.

He is from Kuressaare, Saaremaa, Estonia.

Elisabeth Andreassen also competed at the 1996 Eurovision Song Contest as the representative for Norway.

Ivo Linna Is A Member Of