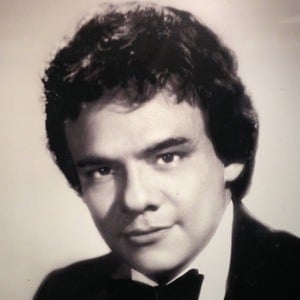 His mother gave him his first piano at the age of 15 in 1963. He got his big break in March 1970 when he performed the song "El Triste" at the II Festival de la Canción Latina competition where, despite getting a standing ovation, he finished in third place.

His stage name was originally "Pepe Sosa," but after his father's death, he began going by "José José" to honor his memory. He earned more than 200 gold and platinum records for all his music productions throughout his career.

He married his third wife Sara Salazar in 1995; they shared a daughter together named Sarita. He also had two children with his first wife, actress Anel Noreña, named José Joel and Marysol. His full name was José Rómulo Sosa Ortiz. He was born to opera singer José Sora Esquivel and concert pianist Margarita Ortiz Pensado.

José José Is A Member Of