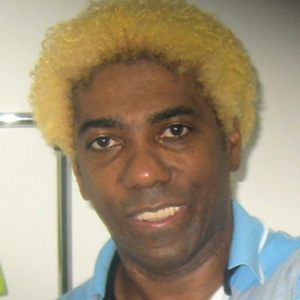 Brazilian funk singer who has been the lead singer of the group Funk'n Lata. He has also put out solo albums such as Desafio Da Navalha and Meu Samba Pop.

One of his earliest musical releases was the 1986 solo album Vaidade Verde Rosa.

He first started the band Funk'n'Lata in 1995. He has released songs such as "Blom, Blom, Blom" and "Na Rua, Na Chuva, Na Fazenda".

His daughter is named Vitória Meirelles.

He has covered songs by artists like James Brown with his band Funk'n Lata.

Ivo Meirelles Is A Member Of