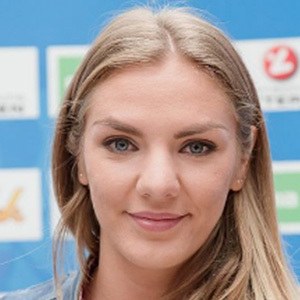 Austrian track and field competitor who is an Olympic athlete.

Her first major competition came in 2011, competing in the European Junior Championships. She came 10th in the heptathlon event.

She has a cross tattooed on her left hand in honor of her brother.

Her parents are Nine and Danica Dadić. Her brother Ivan died in a car accident in 2008.

Ivona Dadic Is A Member Of