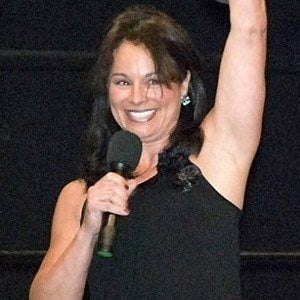 Former WWE Diva best known as a three-time WWF Women's Champion. Prior to that, she wrestled as Tina Ferrari in the Gorgeous Ladies of Wrestling promotion.

She was a cheerleader for the United States Football League's Los Angeles Express.

She founded the animal grooming company Downtown Dog in 2007.

She was born Lisa Mary Moretti and is one of four siblings.

Her reign as WWF Women's Champion was ended by Joan Marie Laurer, a.k.a. Chyna, in 2001.

Ivory Is A Member Of