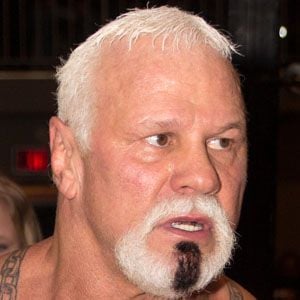 He was an All-American freestyle wrestler at the University of Michigan.

He has appeared in pay-per-view main events in the WWF, WCW, and TNA.

His older brother Rick Steiner is also a pro wrestler, and the two have competed together in tag team matches.

He competed in a TNA tag team match with Booker T.

Scott Steiner Is A Member Of