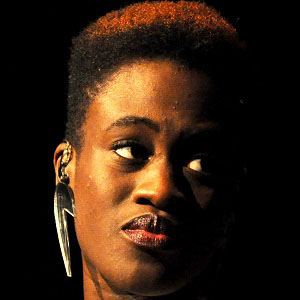 Award-winning German singer who is best known for being the first winner of The Voice of Germany, a sister show to the NBC megahit The Voice.

Prior to appearing on The Voice of Germany, she worked as a backup singer and writer for singer Jakob Royal's self titled debut album.

By 2013 she had released two albums, Ivy and Wildfires, and had won several awards including the 2013 ECHO Award for Best Female National Artist, and the Radio 7 Award for Best Newcomer.

Born in Berlin, Germany, her parents are of Ghanaian descent. In 2013 she was named an ambassador of Together For Africa, a Germany group raising awareness for the African continent.

As the 1st winner of The Voice of Germany, she is forever tied to The Voice franchise, which is well known for having Maroon 5 frontman Adam Levine as a judge.

Ivy Quainoo Is A Member Of