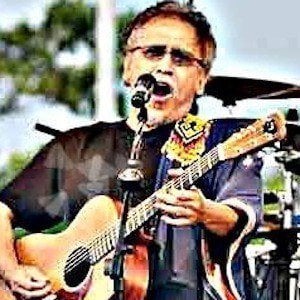 Popular Indonesian singer who is known for his country music style and protest songs.

When he was young he worked as a street performer at wedding ceremonies and other social events.

He was arrested in 1984 for performing two songs of a provocative nature.

He and his wife Rosanna have three children.

He is often called the Indonesian Bob Dylan because he writes protest songs and often employs a harmonica in his songs.

Iwan Fals Is A Member Of