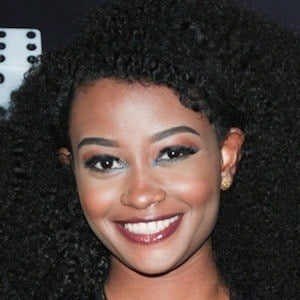 Film and television actress most well known for her appearances in television series' like MysEducation and Tosh.0. She was also cast in a number of feature films like The Preacher's Son and True to the Game.

She earned her earliest acting role in 2014 portraying Alyssa in an episode of The Short Store-y.

She has starred in a number of nationwide commercials for companies like McDonalds and Disney.

In the 2016 film The Preacher's Son, she appeared opposite lead actor Christian Keyes.

Iyana Halley Is A Member Of