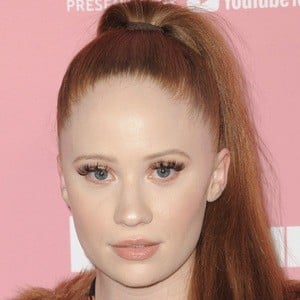 American singer and activist who had a quick rise to fame thanks to her 2018 EP War + Raindrops. Her string of viral hits including "Juice" and "Shampoo" have helped her YouTube channel acquire over 70,000 subscribers.

She uploaded her first song to YouTube called "Power" in October 2018.

Her hometown is Los Angeles, California.

Iyla Blue Is A Member Of