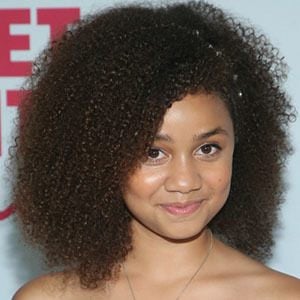 Model and actress who landed a starring role in the Disney Channel Original movie Upside-Down Magic as Nory Boxwood Horace. She also appeared in an episode of Steven Spielberg's series Amazing Stories.

She was modeling when she was 3 years old and competed in local beauty pageants.

In 2016, she booked her first regional commercial that aired on ABC Family.

She was born just outside of Atlanta, Georgia. She's of African American, Salvadoran and Italian descent.

She starred alongside Siena Agudong in the movie Upside-Down Magic.

Izabela Rose Is A Member Of