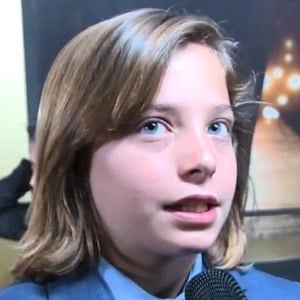 Pop singer turned actor who appeared on La Voz Kids in 2017. In 2018, he starred in Netflix's Luis Miguel, La Serie as the young version of the title character.

His first Instagram photo was of him on the beach in April 2017.

His parents are Marcos and Ada Llunas. He has a younger brother named Axel.

He starred in Luis Miguel, La Serie alongside Diego Boneta and Juanpa Zurita.

Izan Llunas Is A Member Of