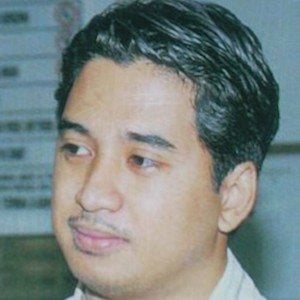 TV host who is best known for his role as news anchor on the TV3 program Buletin Utama. In 2018 he announced his retirement from the role, where he had been since 2002. He went on to become press secretary for Darell Leiking, the Minister of International Trade and Industry. He has 50,000 followers on Instagram.

Before moving into media he was a lieutenant in the navy.

As a presenter, he was nationally dubbed the next Datuk Mahadzir Lokman.

His wife is Captain Sherlyna Salleh, a Royal Malaysian Army officer. Together they have a son, Adriel Arfan, born March 2018.

He is close with Hazlin Hussain.

Izwan Saleh Is A Member Of