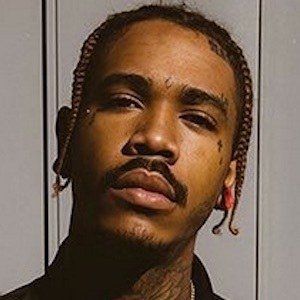 Brooklyn rapper who released a debut mixtape titled Hood Rich in April of 2016. Some of his biggest singles include "Nuthin," "Guerillas" and "FLEXIN."

He had founded his own record label and rap group called Relax Rekords that had released three mixtapes before he went solo.

He was the second signee of Rich Forever Music, founded by Rich The Kid.

His real name is Justin Joseph.

He followed in the footsteps of Famous Dex upon signing with Rich Forever Music.

J $tash Is A Member Of