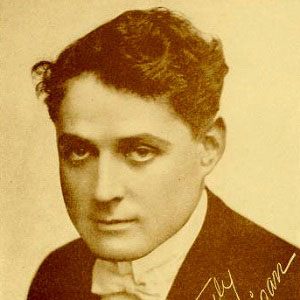 Remembered for his roles in hundreds of silent films of the 1910s and '20s, Kerrigan is perhaps best known for his portrayal of protagonist Will Banion in the 1923 western feature The Covered Wagon.

He began his entertainment career as a vaudeville performer and appeared in his first silent film, a western short titled Calamity Anne's Inheritance, in early 1913.

He stirred controversy and lost career momentum when, in 1917, he publicly stated that only men who were not "good for anything else" should fight in World War I, and that it was unfortunate that artists were not exempt from military service.

In 1914, he began a more than three-decade relationship with fellow actor and director James Vincent.

When stage and screen legend John Barrymore was unable to play the title role in the 1924 silent film Captain Blood, Kerrigan took over the part.

J Warren Kerrigan Is A Member Of