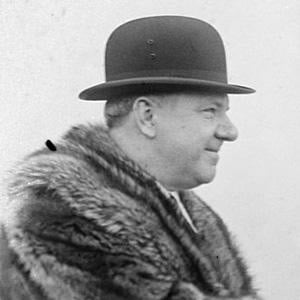 Early film comedian who gained fame for his sardonic wit in The Bank Dick and My Little Chickadee. His humor was characterized by his sardonic disdain for children, women, and dogs.

He made a living as a pool player and juggler as a teenager.

Legend has it that he shot BB pellets at people who stood outside his home.

He married chorus girl Harriet Hughes in 1900 and the couple had a son together.

He co-starred with Mae West in the 1940 comedy western My Little Chickadee.

WC Fields Is A Member Of