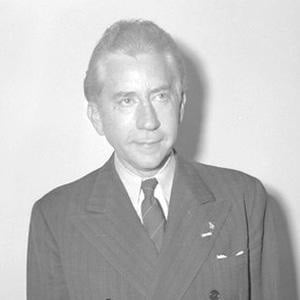 Oil billionaire, renowned philanthropist, and art lover. He was the richest-living American in 1957, according to Fortune magazine.

He worked pumping gas in his teenage years for a salary of $100 per month.

He was a miser in life, but after his death, he donated his money to charities and museums, including one located in Los Angeles that is known for its unique architecture and beautiful garden.

He was married five times and he had three children named Gordon, Ronald and John Jr.

His net worth was later surpassed by such individuals as Bill Gates.

J Paul Getty Is A Member Of