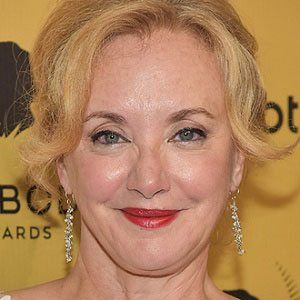 Notable for her Tony-nominated performance in the 1991 Broadway production of Our Country's Good, she went on to win an Obie Award for her work in the 1997 Off-Broadway staging of As Bees in Honey Drown. Her screen acting credits include recurring roles on True Blood (as Melinda Mickens) and The Days and Nights of Molly Dodd (as Ramona Luchesse).

After briefly attending Florida State University, she made her cinematic debut in the 1979 film Gal Young 'Un and her Broadway debut in an early 1980s production of Crimes of the Heart.

Between 1999 and 2005, she performed in Broadway productions of Night Must Fall, Tartuffe, and After the Night and the Music.

Born Jean Isabel Smith and later known as both Jessica Smith-Cameron and J. Smith-Cameron, she spent her youth in Kentucky and South Carolina. Her marriage to playwright Kenneth Lonergan produced a daughter named Nellie.

She and Abigail Spencer were both in the cast of the Sundance Channel series Rectify.

J Smith-Cameron Is A Member Of