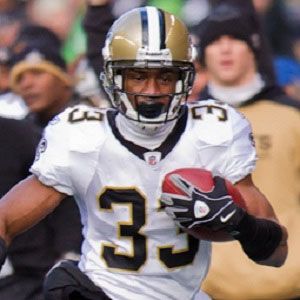 Cornerback who made his NFL debut in 2004 for the Buffalo Bills.

He attended the University of Tennessee, where he played football and was on the track and field team.

In 2009 he signed with the New Orleans Saints, where he won Super bowl XLIV in his first season.

He married Katrina Greer during his career, and has multiple children.

In New Orleans he played for coach Sean Payton.

Jabari Greer Is A Member Of