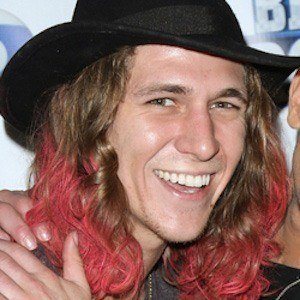 Reality television star of Big Brother 17. He was eliminated first and was the first contestant ever to come in 17th place, as the twins Julia and Liz Nolan first pretended to be one person before being entered separately into the race. He is part of the band The Fleet.

He was a semi-professional skateboarder, a surfer, and a snowboarder.

His life motto is "never stop exploring" and he lives his life like a modern Indiana Jones.

He relocated to Venice Beach, California, but still considers himself Southern.

He had an alliance with Austin Matelson and Liz Nolan before he was eliminated.

Jace Agolli Is A Member Of